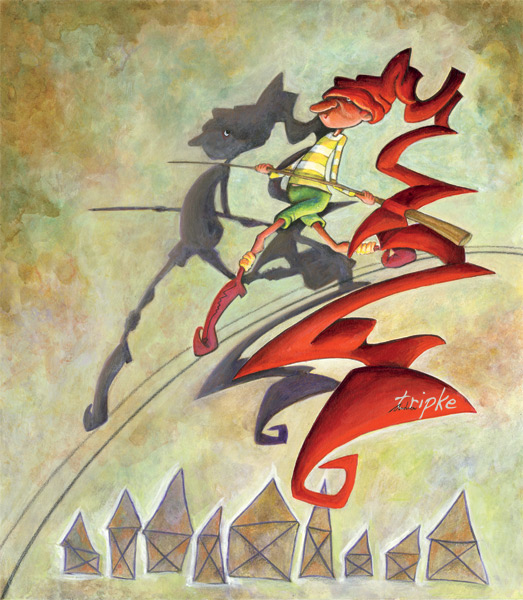 My “Seiltaenzer” (wire dancer) is done in prismacolors and acrylics. I wanted to create an illustration that emphasizes on a shadow. A wire dancer came to mind with a huge shadow watching him. Because I wasn’t sure where exactly I wanted the shadow to be, I drew it on transparent paper, which I could move on top of my original drawing. I got a little bit too excited with the coloring part because I didn’t really take the time to think it over. As a result the light source was positioned wrong according to the shadow, which is suppose to cast on the other side of the object that is hit by the light. Let me tell you – the light source in my illustration was not in the bottom right corner!  The corrections were done fast and I was finally pleased with the outcome. 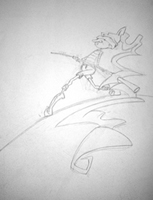 sketch of the ‘real’ wire dancer 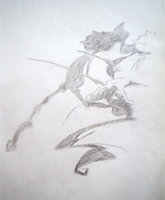 sketch of the shadow 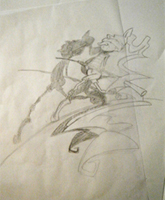 both sketches on top of each other